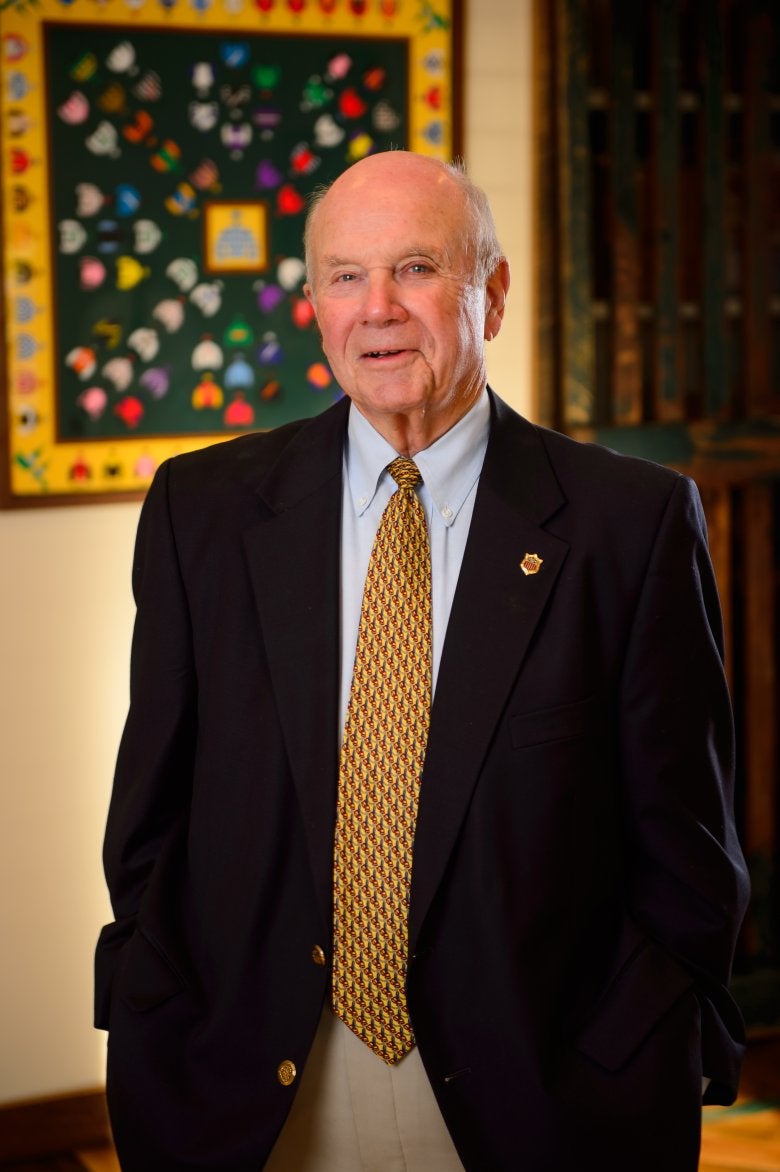 Robert Hall Jr., who has been dedicated to animal agriculture for more than 70 years and is the longtime owner and president of Central Kentucky’s Farmers Feed Mill and its Hallway Feeds brand, will be the 2019 inductee into the Saddle and Sirloin Club, widely considered the highest honor in the livestock industry.

This elite club of influential figures in the livestock industry was originally housed on the top floor of the Purebred Livestock Records Building in Chicago, Illinois, in the early 1900s. Livestock men would gather on the top floor over a sirloin steak or a saddle of lamb in the banquet, leading to the name “Saddle and Sirloin Club.” Chosen by their peers, the club continues the heritage of its founders to pay homage to those who have made the greatest contributions to the livestock industry.

Hall’s portrait will be added to the exclusive club gallery, recognizing a lifetime of exceptional service to the livestock business. Fittingly, the oil portrait collection is displayed in the Kentucky Exposition Center in Louisville, which has hosted the North American International Livestock Exposition for 45 years. Hall was instrumental in the formation and continued growth of the show as he served on the executive committee from 1974 to 2012. He will be honored in an induction program and portrait unveiling Nov. 17, 2019, during the North American International Livestock Exposition. The portrait gallery is believed to be the largest collection of quality portraits by noted artists in the world devoted to a single industry.

Hall was unaware of a devoted effort from friends and colleagues championing his candidacy. The selection committee received letters of recommendation from 94 individuals supporting Hall for the award.

“It is extremely humbling,” Hall said. “I have known quite a few members of the club. I worked for one of them, W.P. Garrigus, at the University of Kentucky, and I was close personal friends with Henry Besuden. I can name a bunch of them that come to mind. This is a mountain peak that you always look at and never think you are going to reach. To get to the top of it—it is something special.”

After growing up on a family farm in Central Kentucky and graduating from the University of Kentucky, Hall lived in New York and managed a purebred Angus Farm, served in the U.S. Army as “ Bob is one of the rare individuals who understands and knows all types of animal agriculture. ” a veterinary meat inspector and was the beef cattle herdsman at the University of Kentucky’s Coldstream Farm. He and his wife, Bonnie, purchased Farmers Feed Mill, a small feed business in Lexington, Kentucky, in 1964.

Farmers Feed Mill serviced the area’s dairy and beef cattle farms for nearly 30 years and eventually introduced the Hallway Feeds brand to supply Thoroughbred farms and racing stables with custom feeds. Hallway Feeds has fueled 12 of the last 21 Kentucky Derby winners, including Triple Crown heroes American Pharoah and Justify, and at least one winner of every North American Grade 1 race, the highest echelon of the sport. A longtime Suffolk sheep breeder, Hall served a term as president of the National Suffolk Sheep Association.

“Bob is one of the rare individuals who understands and knows all types of animal agriculture,” wrote Mike Hancock, a current NAILE Executive Board Member. “Whether it’s cattle, swine, sheep, goats or horses, he understands all phases of production, from securing genetics to formulating rations to maximizing production. He has the capability of assisting a breeder of any species to select their next sire or a foundation female.”

Known far and wide as “Mr. Bob,” Hall lives on the family farm in Scott County, Kentucky, and is a regular presence at the feed mill with his son, Lee, and daughter, Julia, now running the day-today operation